This past March 2, 2013 at the Arnold Sports Festival, the Abu Dhabi Combat Club - North America held its Championship in Columbus, Ohio. This was the final chance for American competitors to secure a guaranteed spot in the main ADCC event later in 2013. Vagner Rocha fought in the 77kgs Weight Division where he beat many talented guys, winning 4 matches by submissions (arm-bar & flying triangle), scoring points and giving the spectators exciting matches to watch. In the finals, his opponent score points as Rocha looked for the submission, less than 1 minute away from ending the match, Vagner got a severe heel hook, but no taps from his opponent. Vagner Rocha took Silver home. Sharing the podium with Enrique Cocco and Gary Tonnon. Congratulations to all!!! Check out some pictures: 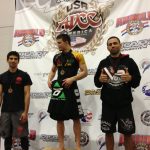 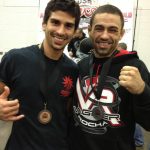 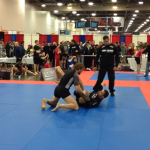 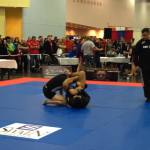 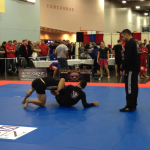 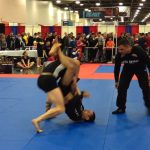 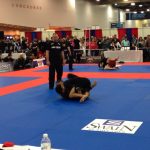