If you are truly interested in MMA you’ve found the right place!!! 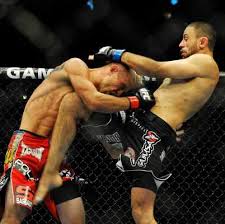 There are many  Broward County Martial Arts schools claiming to be able to train you in Mixed Martial Arts but you need to be very careful. Many of these instructors have never fought in a MMA event ever or trained a MMA fighter/competitor at a high level.

Vagner Rocha is the founder of Vagner Rocha Martial Arts and also the head Instructor. He is a UFC Fighter with numerous amount of accomplishments as a competitor that only few in the world could be compared to his. He has competed in the top prestigious events that exist. Vagner showed great talent right away and quickly became very skilled. He demonstrated his grappling ability by becoming one of the best competitors to come out of Florida, winning Nationals and International titles, he was awarded his black belt by Pablo Popovitch and completed his certified instructor training at the BJJ Center. On 2009, Rocha began his professional MMA career fighting in events such as Bellator, Strikeforce, Fight Time Promotions and UFC.

Whether you choose our school or not make sure that you choose a school that has a proven record to help you reach your goals.

We are not just another “dojo” that teaches Judo, Aikido, Krav Maga, Jujutsu, Ninjutsu, Taekwondo, Kung Fu or Karate. We are a proven record Martial Arts School that teaches Brazilian Jiu Jitsu, the most effective martial arts that not only gets you in shape fast and provides realistic self defense but also improve your mind.

Also check it out testimonials from real students that like you weren’t sure if Brazilian Jiu was right for them!

Still not sure if Brazilian Jiu Jitsu is right for you?

How about you check it out for yourself at NO COST!!!!