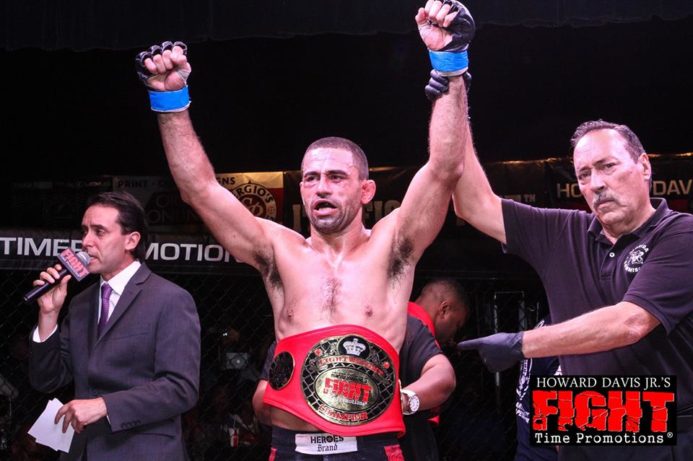 Vagner Rocha, the first and only man to hold the Lightweight Title in Fight Time Promotions’ six-year history.

Rocha first became the promotion’s champion at Fight Time 12 on November 2, 2012 by submitting opponent Mike Bruno in the second round by way of triangle choke. Returning for Fight Time 13, Rocha won a unanimous decision against Kamrin Naville on February 15, 2013. The Lightweight champion submitted his next two opponents in J.P. Reese (fifth-round rear-naked choke) on April 26, 2013 at Fight Time 14 and versus journeyman Randy Barroso (first-round triangle choke) on August 23, 2013 at Fight Time 16. After vacating the belt, Vagner returned to the Fight Time Promotions cage on April 22nd of this year and defeated Gabriel Miranda via TKO (punches) in the first round. Most recently, Rocha earned an amazing third-round TKO victory over Rafael Alves by way of devastating leg kicks to regain his title of Lightweight Champion on August 12, 2016.